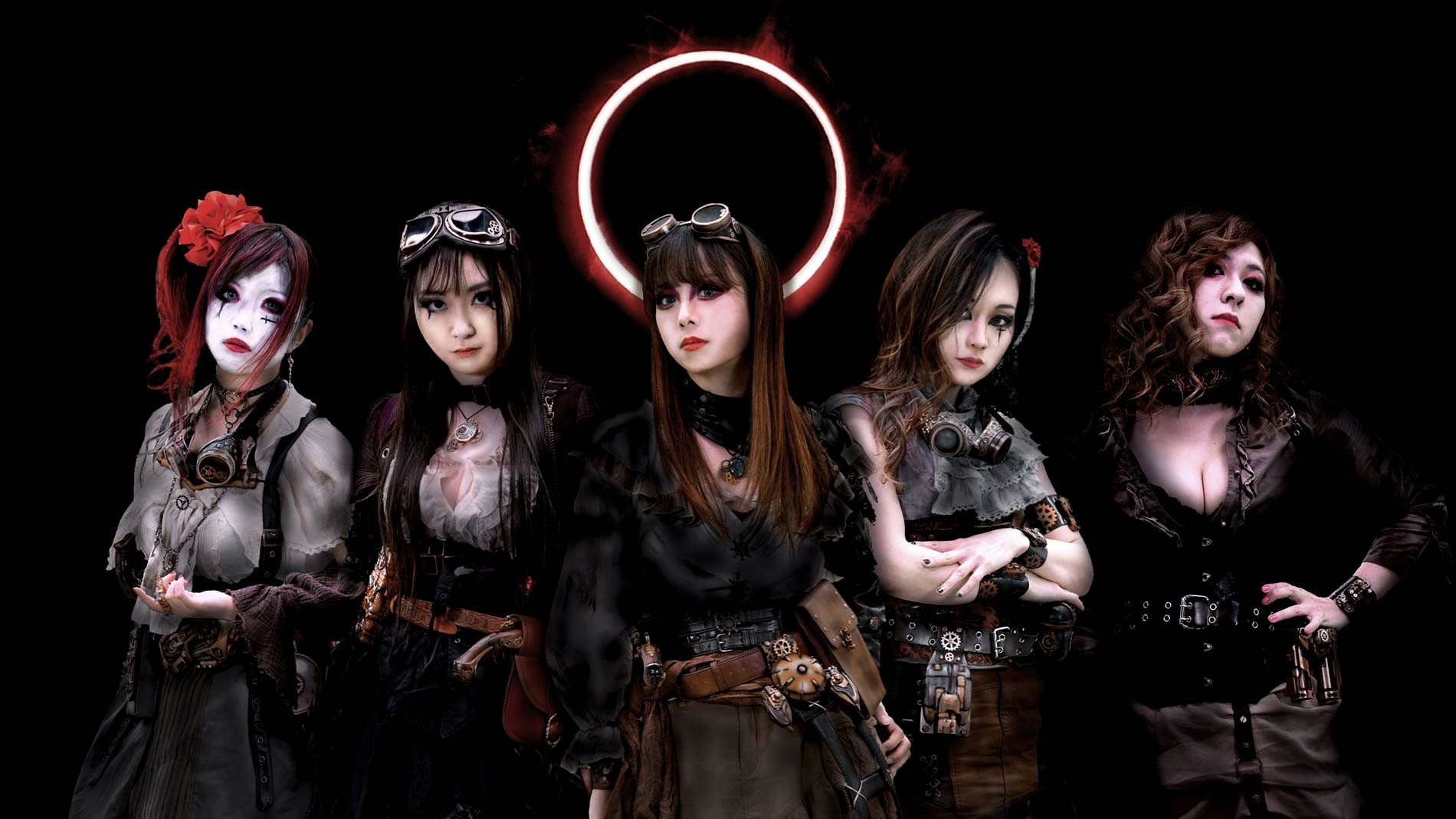 The all-female steam punk metal band FATE GEAR is heading over from Japan and ready to conquer uncharted territory. With founding member Captain Mina at the helm, this band is well on its way to international success; conquering stages all over the world, battling enemies, hunting treasure and stealing hearts of metal fans along the way. Back in 2007, Mina was the founding member of DESTROSE, one of the initiators of the all-female metal band boom. DESTROSE paved the path for bands such as Babymetal and Lovebites. Starting out in 2015, Mina was determined to create a band with a unique persona and a heavy sound that resonates with the outstanding steampunk theme. She found her allies in demon drummer Haruka, mechanical doll keyboardist Yuri, master shredder bassist Nino and Nana with her insane death vocals, clean vocals, screams and growls. FATE GEAR’s career really took off when their song Megabullets was featured in the Netflix Anime ‘Kengan Ashura’. Earlier this year the concept album The Sky Prison and the EP Scars in My Life -English edition- were released and have been praised by fans and critics alike. The Sky Pirates official music video has reached over 1 million views on YouTube. The music video really captures the intensity and conceptional brilliance of the band. The production exceeded anything FATE GEAR had ever done before. FATE GEAR is more than a band, it’s a fashion statement, a story and a world view. After two successful tours in Europe and many shows in Asia, fans have gotten a taste of this sensational metal band. Will you join in their adventure?